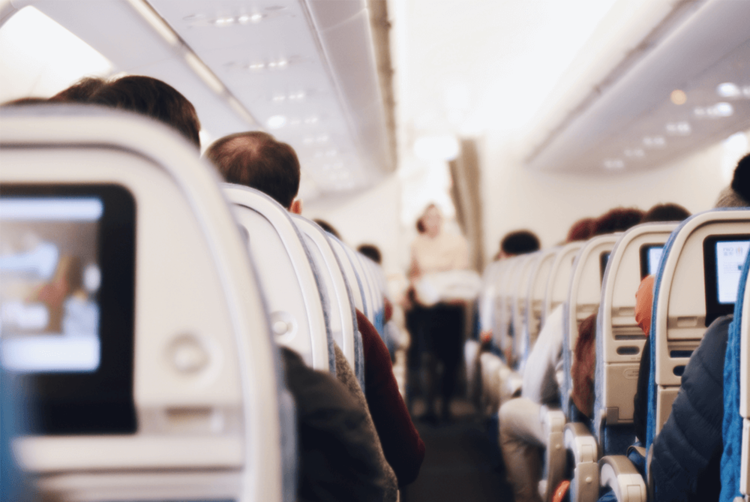 As I type this, I’m currently on an airplane, flying back from Colorado to New York. With each passing second, each word, I can feel myself becoming more aware of the noise around me. It’s a very peculiar sound—loud, but not loud, invisible, but present—existing alongside myself and the other passengers on the plane.

It’s Always Been With Me

At first, I didn’t realize it, but now I do. The very sound that I hear right now is a variant of my tinnitus, minus a few select differences.

My tinnitus is something that I have always been aware of from a young age or, in other words, something that I have known for my entire life. At times, I don’t even notice it in the background, but I can sense it when I remember it’s there. I tend to hear it most when I’m tired. I perceive my tinnitus as loudest when I want to go to sleep. It’s always the loudest at night because that’s when I take off both of my hearing processors—a hearing aid in my left ear and a cochlear implant processor in my right ear—to go to sleep. So, as a result, the tinnitus is there on full display and blasts me with gibberish-like noise.

A Nuisance at Night

As a young child, tinnitus was significantly bothersome to me. Whenever I tried to go to sleep, I was routinely preoccupied with constant buzzing, gibberish, and a strange combination of sounds that I couldn’t have thought of otherwise. It only worsened when I became scared and afraid of the dark around me. Then, in alignment with my emotions, the tinnitus would morph into a ringing noise with suspenseful music like that in a tense movie scene.

However, as the years wore on, I developed better coping strategies, and now, I only notice it when I think about it.

To deal with my tinnitus, I eventually came to the conclusion that I could not change it, and that I was only able to view it differently. I decided that tinnitus only needed to be a bother if I let it be one. Why should I have to associate tinnitus with being a nuisance that doesn’t let me fall asleep quickly? It was just a noise, a mere noise, and from that moment onwards, I told myself that it would only be that and nothing else.

Accepting What I Cannot Change

As I learned how to cope with tinnitus, it was hard to fall asleep initially, even with this new, accepting mindset. Yet, as I began to focus my energy away from my tinnitus and thought of other things, especially happier things, I was successful. Ultimately, I forgot about the noise and drifted into a peaceful sleep.

Even with this solution, it’s not perfect. It doesn’t mean that I don’t notice tinnitus anymore. But it does mean I have the power to do something about it. Right now, tinnitus is like the noise on the airplane that passes me by, invisible, yet in full display. But I know that one day, as a result of the ongoing research and studies funded by the Hearing Health Foundation and others, better treatments and cures will finally alleviate my struggle and that of millions of others.

Alex Mussomeli is a high school student living in Connecticut.

This is the perfect webpage for everyone who wishes to understand this topic. You realize so much its almost hard to argue with you (not that I personally would want toÖHaHa). You definitely put a brand new spin on a subject that has been written about for a long time. Great stuff, just great!